We sold our old ranch when I was about 30, right after I got engaged on a horseback ride there. After it sold, I did not go back, although I still think about it almost every day. The pictures I have in my mind are very vivid. We had an airplane that we used to fly over it to check on things — many of the images in my head are of flying over its great expanse. No photo could capture those aerial images of great plains of yellow grass with antelope running this way and that as my father chased them with his plane.

So I got the idea lately that my girls were big enough to go on some adventures with their grandpa and that I should visit the old ranch with him and them.  He also became friendly with the new owner who said we could stay there (thank you).

We went for one night last August, and it was still as stunning as I remember and just like walking into my dreams.

Here are some pictures.

This is the entrance road looking back at the mountains. There was a monsoon that afternoon and even though it was late August, it was very cool.  My oldest daughter and I sat in the car with windows rolled down and tried to take photos of lightning. 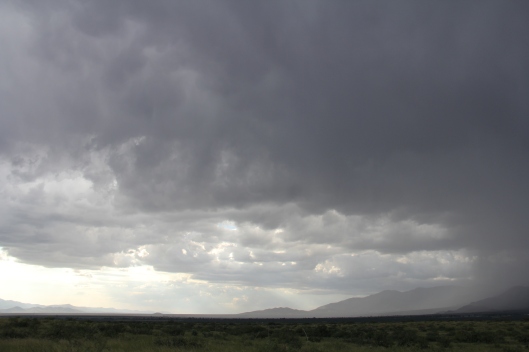 Above: This is the view that seems to go on forever and is forever in my mind. 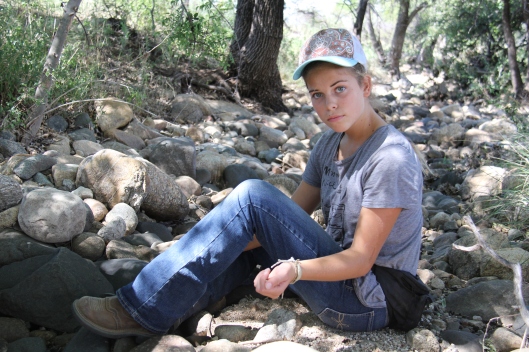 This photo above what I did a lot — sit and play in the sand of a dry creek bed while my father hiked around looking for something for hours.  My mother sat in the truck with the newspaper or her magazines and we waited for hours after driving around the ranch for hours. We probably had no food or water either!

Below: these are the corrals at the headquarters. They weren’t as nice when we owned them. That’s horse hill in the background where the horses were kept. I hiked around it and up it countless times. 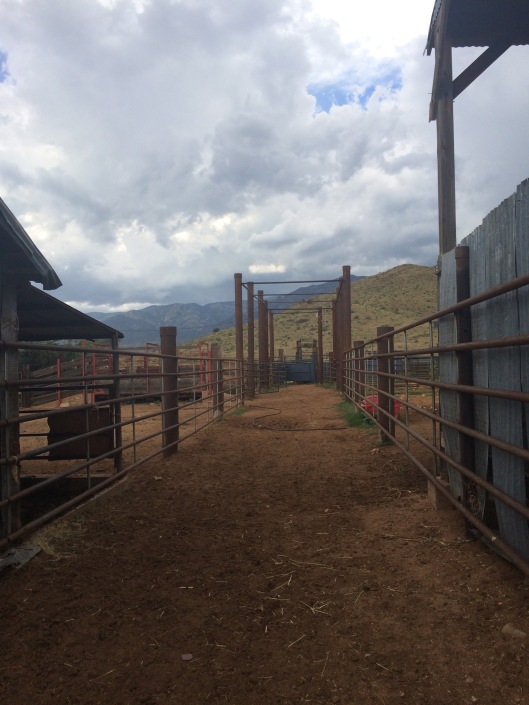 Grandpa and the girls in the Ranger that he learned to drive that weekend. He took off with my littlest daughter around the time it turned dark, and I had a panic, but they came back after driving to the well about a mile down the road. 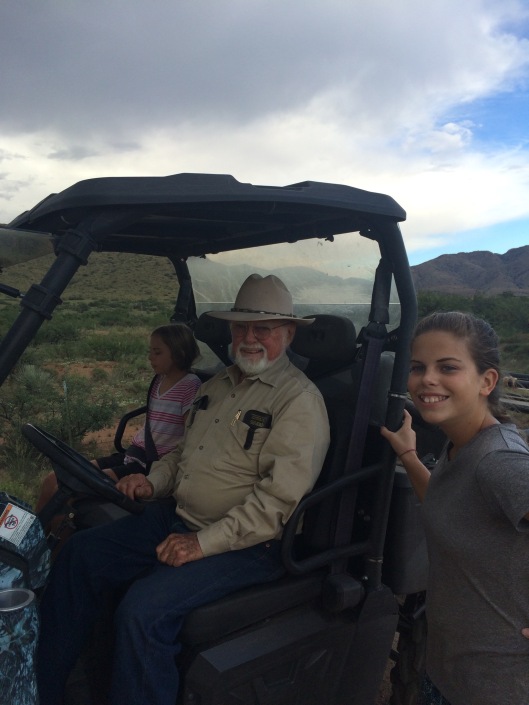 The ranch dog getting some love… 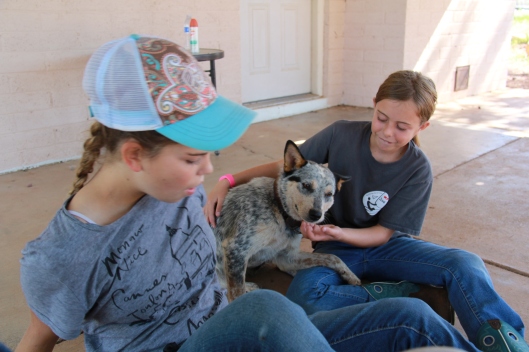 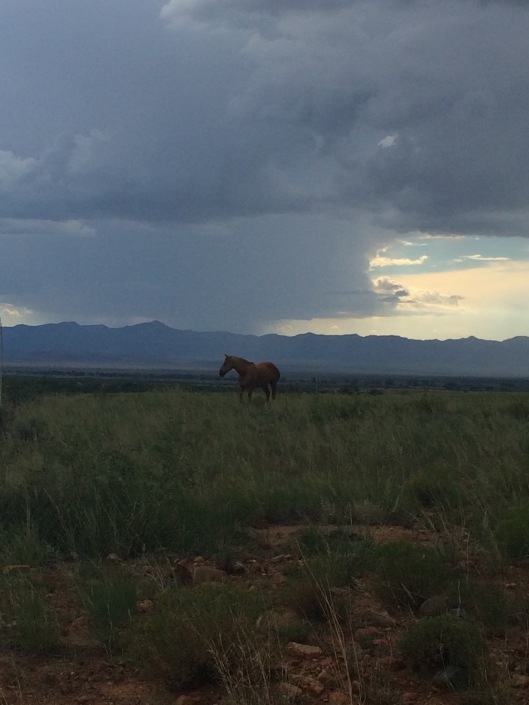 I even love the road home…

Bye bye ranch. I love you.

3 thoughts on “Visit to the Old Ranch”