My friend was visiting my yard a few weeks ago and she said, “Wow. You really worked in your garden a lot this spring. You have so many flowers.” Truth is, I haven’t! I have mostly been crawling around on my hands and knees pulling weeds.  The flowers I have are self-sowers or perennials that re-seed. Every spring, they come up and I just sit back and pull weeds out so they can grow.

Here is an example of Toadflax, which is growing in my front yard. I planted a package of Toadflax about ten years ago, and every year it comes up like this, a frothy mass of colorful flower eye-candy. Of course, it needs water, which our winter rains usually supply, but even in the drought and hardly any water at all, it grew like this: 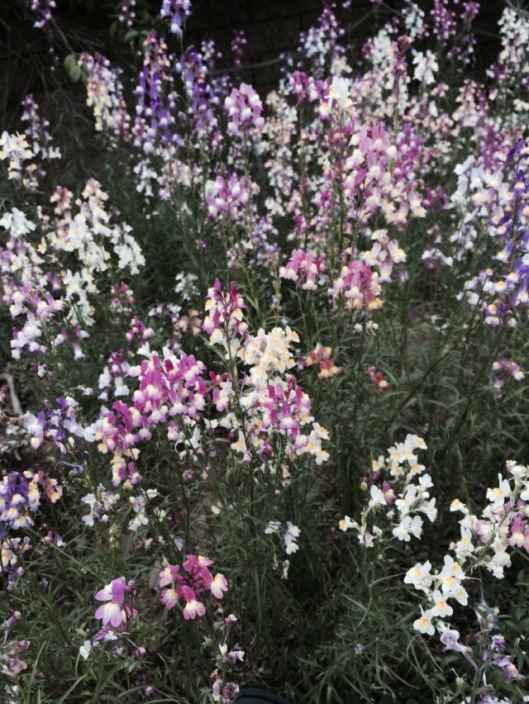 Below is a native purple geranium ground cover that also grows all over my front yard. I love native geraniums because they re-seed. You can also see lavender mixed with it. Lavender will also re-seed  and you can transplant the baby lavender as well as the geraniums around the yard to fill in bald spots.

Another great re-seeder is verbena. I just learned that the type of verbena that I have growing naturally in my yard is called Moss Verbena. It is drought tolerant, according to the new book I just bought Water-Wise Plants for the Southwest, by Nan Sterman, Mary Irish, Judith Phillips and Joe Lamp’L. Nan Sterman is in San Diego so her advice is particularly relevant. 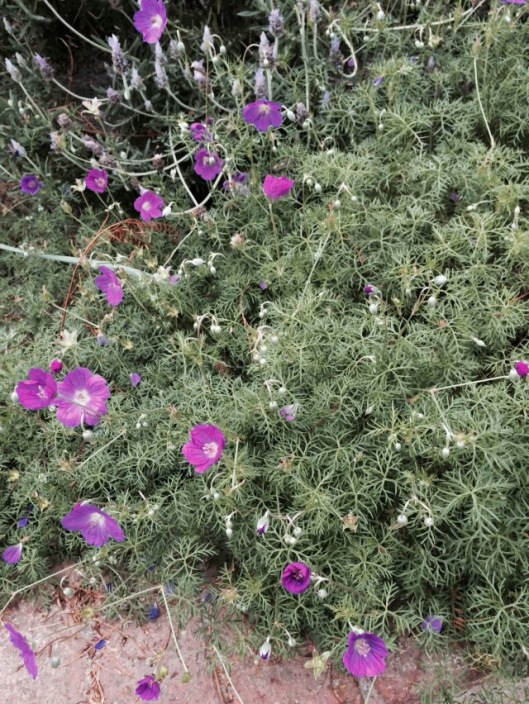 GROWING TIPS: What are the secrets to re-seeding these plants? You have to live with a little ugly when the blooms die. Just let them go to seed and let them get brown. Then when you cut them, leave the cuttings out where you want them to re-seed. You don’t have to do this forever, just until they dry up a little.

For example, have you ever noticed that when you cut lavender and bring in for a bouquet, after a while you see little black dots all over your counter? Those are the seeds. They are miniscule. When I trim back all the lavender after the spring blooms, I thrown the stems in the ground for a while so the seeds fall out. Same idea.

Here is my list of perennials that can re-seed in my garden–hopefully, they will in yours too:

For annuals that re-seed in my yard: 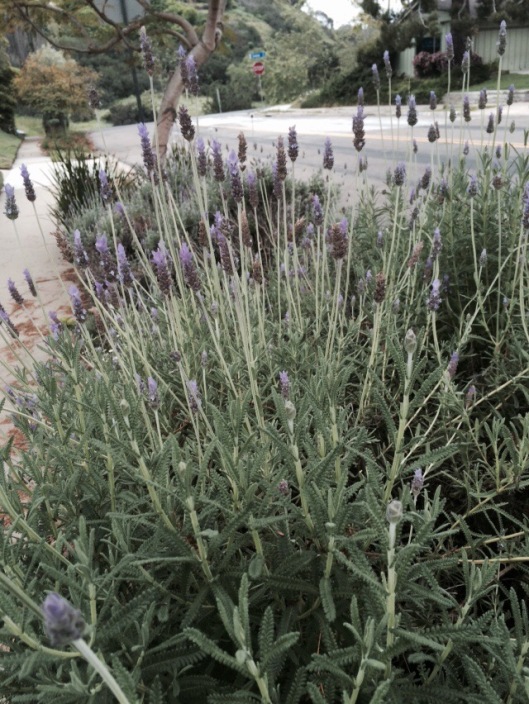 The hens might help. I find little tomato plants growing from seeds that they pooped out growing all over! 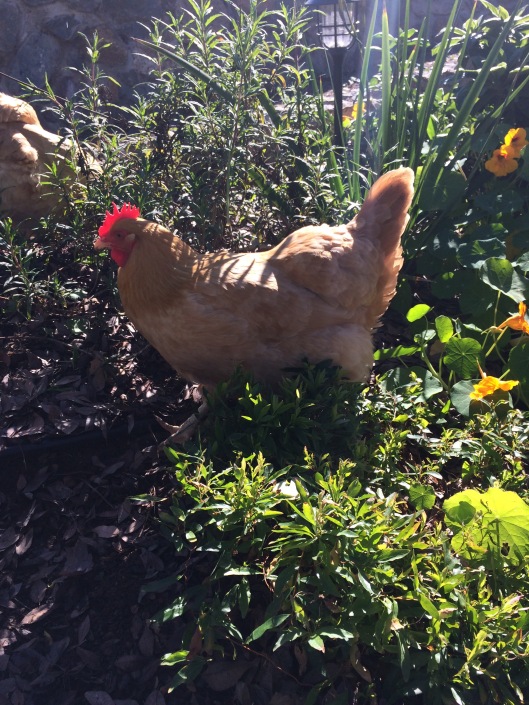 Nasturtiums on the hill: 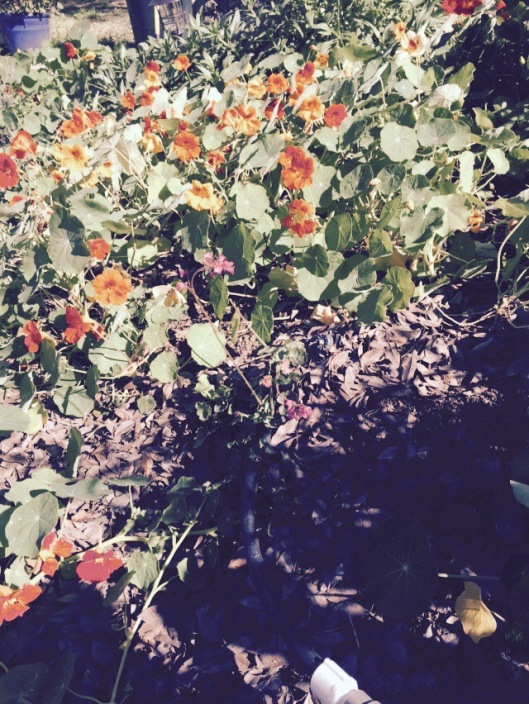 Mother-in-law’s Squash Tip: Plant squash in mounds. Put five or six seeds in each mound and place a stick in the middle of it. That way you can find where you planted it.

I think that makes sense, right? At least it did when she told me on the phone yesterday. Now that I write it down, it doesn’t. But I’m going to give it a try.